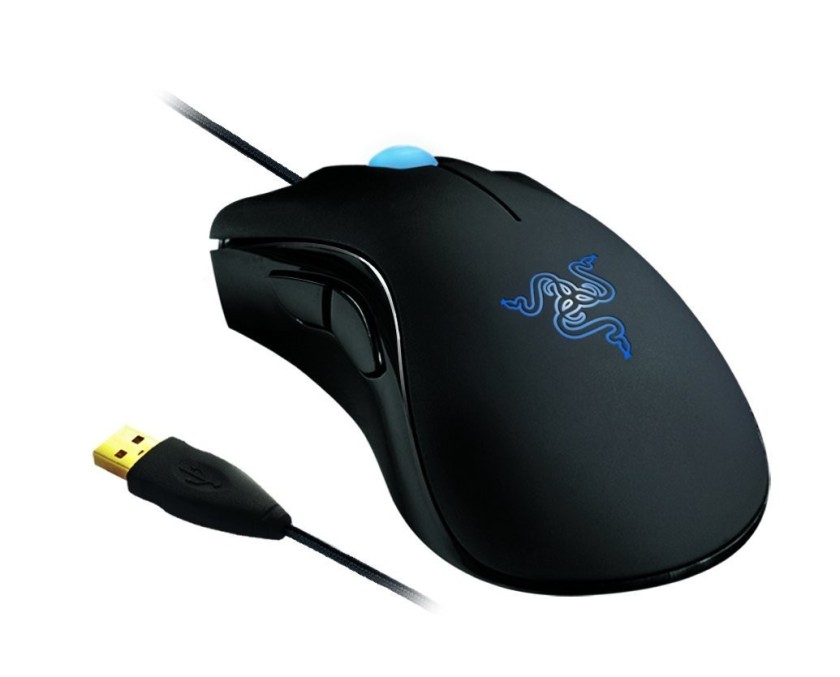 After nearly a decade of reviewing dozens (and dozens) of mice, this page is a list of my personal favorites — a “Gaming mouse hall of fame” if you will. Only the strong survive (to grace my desktop).

Note: This page is periodically updated as new favorites are added and older mice/models are retired.

A good gaming mouse is an essential sidekick for any PC gamer. Gaming mice provide superior tracking, higher accuracy, and far more features than standard optical mice. Once you experience the joy of playing with a precision gaming mouse,  you’ll never want to go back.

And if you do, you will feel like you are mousing in oatmeal.

Not just for gamers!

The last time I helped my mom with her computer, I was so annoyed at the crappy mouse attached to it that I gave her a gaming mouse too. So there you have it: A good gaming mouse is even good for your mom.

Any good gaming mouse–even entry level ones– will provide superior precision, tracking characteristics, and customization options above and beyond a standard Mouse.

Check out my Gaming Mouse Buyer’s Guide for a little information to help you pick one that’s best for you.

But gaming mouse technology (like keyboards and headsets) doesn’t change often. Year to year most ‘new’ gaming mice or just product refreshes of familiar makes and models, consisting of some new ‘guts’ (mouse sensor) and some stylistic tweaks and touches. Sometimes manufacturers will introduce interesting new features that are novel but not mission critical to the mouse’s primary job or its performance.

Note: Unfortunately when Examiner.com shut down, many of the reviews I wrote for them for these mice went with it (hence I had to review the hyperlinks to the complete review that formerly accompanied each of the entries below).

I’ll be adding archived reviews if/when I’m able, and future updates will all link to the full reviews written for this site.

The Swiftpoint Z is one of the most innovative gaming mice I’ve ever tested, and includes 3 key features that differentiate it from the competition: It has pressure-sensitive buttons, it has a built-in gyroscopic motion sensor, and it provides force feedback.

And it doesn’t stop there. The Swiftpoint Z also has an OLED screen on its left (thumb) side for changing functions on-the-fly, and probably the best button ergonomics to be found on a multi-button mouse. In addition, 4 of the buttons can be physically replaced with alternate versions, and the Z mouse comes with a very sturdy travel/storage case for the mouse and all its accessories.If you can afford the steep asking price, the SwiftPoint Z is an amazing mouse. It’s only shortcoming is its rather clunky (but very powerful) driver software.

It’s comfortable, well-designed, and arguably as close to gaming mouse perfection as you can get — and it’s only about $70, putting it squarely in a mid-tier price range.

The new Naga Hex is a complete redesign with a larger, more comfortable form factor. In addition, an additional 7th button hasd been added to the “Hex”, and the thumb buttons are a little larger.

It should be a Naga Sept, really. But it’s still a solid redesign that improves on the original in virtually every way.

The Razer Mamba TE (Tournament Edition) is essentially a cabled version of the Razer Mamba, with the same ridiculous 16,000 DPI sensor but a more attractive price point.

You can thank the cable for the improved price point, although the Mamba TE still tips the scales at a weighty $90 (or so).  Regardless of which Mamba you get (there’s a Wireless version too) it’s one of my favorite mice.

The Mionix NAOS is one of the most comfortable mice I’ve ever used, thanks to its shape and soft-touch rubber coating that covers the entire mouse. It doesn’t boast a lot of features aside from its comfort, 7 fully programmable buttons, and a customizable LED, but that’s all it needs.

Although it’s also equipped with a 32-bit ARM processor to provide whatever theoretical advantage that holds, but it’s the comfort and elegant simplicity that makes the NAOS 7000 a great mouse.

The standard SteelSeries Sensei is a nice mouse, but I didn’t care for its shiny plastic exterior. And the Sensei [RAW] may not boast the enhanced “smarts” of the standard Sensei’s built-in processor, but it’s more comfortable to use thanks to its soft-touch back side.The Sensei [RAW] is also less expensive than the original shiny silver Sensei sibling. Bottom line: The [RAW] is dumber and cheaper, and you should take advantage of it.Full SteelSeries Sensei [RAW] review (Archives)

The Razer Deathadder Chroma is the most advanced of the Deathadder line, but virtually of the Deathadder mice are the same, simple, and elegant ‘generalist’ gaming mouse. Its combination of power and price (around $50) make it one of Razer’s most popular models.

If all you need are “the basics” i.e. superior tracking and precision with a couple extra programmable thumb buttons—and you don’t want to spend too much—you can’t really go wrong with the Razer Deathadder. (Also—for you lefties—there’s even a left-handed version.)

The Roccat Tyon looks a bit like the gaming mouse equivalent of a warthog and is arguably one of the uglier gaming mice this side of Mad Catz Cyborg mice. Despite its surly appearance, the Roccat Tyon is surprisingly comfortable, very well designed, and loaded with features. The subtle right-handed ergonomic shape covered by six sculpted buttons, in addition to a couple streamlined thumb buttons and the Easy Shift button.

It’s excellent as a generalist gaming mouse, but its numerous buttons and extensive feature set make it particularly well-suited to MMOs, RPGs, and RTS games (which tend to have a lot of keyboard shortcuts). The Roccat Tyon is a solid contender in the high-end gaming mouse space, and Roccat continues to hold a sterling position in the PC gaming peripheral space.

As much as I like Razer’s Original Naga(s) for their innovation, Logitech took the basic idea and made it even better. The G600’s sculpted buttons make navigating its 12-key pad easier and more intuitive than the Naga’s flat buttons, and a 3rd mouse button acts as a SHIFT function to enable even more functionality. The G600 is also a better option than the Naga if you have large hands.

Logitech’s G700 wireless can operate wired or wirelessy, and like the G600 it also features sculpted buttons. It also has the best scroll wheel ever made: a dual-mode scroll wheel that switches between click-by-click (good for gaming) and free-roll (great for scrolling, web surfing, etc.) with the press of a button.

The G700 is a tad taller than I like in a mouse, but I love everything else about it.

There’s No Crying in Video Games, or Why John Has No Joy in His Soul.