The Razer Naga Trinity effectively gives you three high-end gaming mice for the price of one, which makes it something the Naga has never really been: a budget-priced gaming mouse champion—well, relatively speaking anyway.

Evolution of the Naga

The original Razer Naga released in 2009. It was an innovative but relatively expensive, niche gaming mouse. Its defining feature, an integrated 12-key thumb pad, was aimed solely at MMO gamers. It was a great idea that Razer would refine over time.

Subsequent iterations were larger and featured improved ergonomics, and the thumb buttons were given contoured shapes—a much-needed improvement that made them easier to navigate by touch. (And we can thank Logitech for the idea, who introduced contoured, shaped buttons with their first Naga competitor, the G600.)

Razer later created the Naga Hex, a Naga aimed at a different group of gamers: League of Legends/MOBA fans.  The Hex replaced the Naga’s 12-button keypad with a 6-button circular thumb pad. The Naga Hex V2, apparently “thinking outside the box” of what Hex is supposed to mean, replaced the 6-button pad with a 7-button pad.

No longer content to cater to specific gaming niches, Razer created the Naga Trinity, which provides three different interchangeable thumb pads so you can have 12,6, or 2 thumb buttons (the latter configuration emulating Razer’s highly popular 2-button mice such as the Razer DeathAdder).

The Naga Trinity’s (obviously) defining feature is its magnetic, interchangeable thumb-side panel, which can be swapped out on-the-fly and turn the Trinity into a 12, 6, or 2-button mouse.

So basically the Trinity is a Razer Naga 2014, Razer Naga “Hex” v2 (with seven goddamn buttons), and now a new ‘basic’ Naga with 2-buttons, like its cousin the Razer DeathAdder.

The Trinity’s thumb button panels magnetically attach to the mouse and can be easily swapped on-the-fly. Every thumb button (and every button on the Trinity) is backed by a tactile, mechanical switch.

The lower part of the 2-button thumb panel and the pinky-side of the Trinity are covered in textured rubber for a firm grip. The HEX (7-button) side panel has a textured rubber disc (the “home” location for your thumb) at the center of the buttons. The 12 keypad panel lacks any textured rubber grip (there’s no room/need).

The Naga Trinity also gives you the usual (and extensive) customization options and other features you’d expect to find in a $100 mouse from Razer, such as a sensor capable of a ludicrous DPI (16,000), 1000Hz polling, mechanical switches, RGB lighting, and customization options. And if you’ve saved macros, profiles, and configurations to the Naga Trinity through Razer’s Synapse software, those configuration settings will activate automatically when you swap out side panels.

(Check out my Gaming Mouse Buyer’s Guide for more info about what some of these features do/are, and how important they are.)

Razer has evolved and refined the Naga through the years, adding girth and weight to what was once a relatively small and less comfortable mouse.

The Trinity reflects modern ergonomic sensibilities, including a slight angle to accommodate better wrist position and a subtle ‘shelf’ for the third finger.  And the textured rubber side panels on the “pinky side” and the 2-button thumb panel make for very comfortable, controlled mousing.

The net result is a mouse that fits your hand much better than the earliest Nagas and is more comfortable and practical than all of them.

About the only other real complaint I could muster (and it’s a small one) is that I would have liked a wider scroll wheel. The Naga Trinity’s tilt-scroll wheel is precise and a near perfect balance of precision and smooth scrolling. However, it’s a little narrower and just a tad less comfortable than most gaming mice I’ve reviewed. (Maybe I’ve just come to prefer more of a ‘luxury car feel’ to an ‘F5 formula car feel’ in my gaming mice.)

Like many or most or all Razer gaming mice (particularly those north of the $50 price tag), the Naga Trinity offers an extensive baseline feature set is extensive. Combined with the fact that the Trinity is virtually three mice in one, it’s probably fair to say that the Naga Trinity provides far more capabilities than all but the most demanding gamers will ever use.

Most of my evaluation was spent hot-swapping the side panels in and out of various games, and the Trinity switched gears without a hitch.

I’ve used almost every version of the Naga at some point. Generally, I never had much use for the 12-key thumb pad (and as stated earlier I think Logitech’s is still better than Razer’s). I generally liked the 7-button Hex the best despite its rather small buttons. I love the Naga Trinity’s 2-button thumb panel.

I was initially concerned that maybe the buttons on the side panels would somehow be inferior to standard (non-interchangeable) thumb buttons, but I was wrong.

Razer’s Synapse software (now v 3.0) has gotten a visual UI makeover and continues to be top-notch gaming mouse software with a polished, intuitive user interface, a slew of customization options, and a powerful, easy-to-use macro recorder/manager.

In general, I think if even just two of the three thumb panel options will be useful to you, I think the Trinity is a solid value. 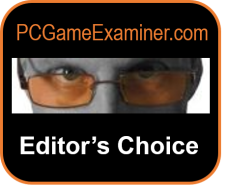 The Naga Trinity takes the best features and years of refinements from the Naga line and stuffs them all into a single mouse for about a hundred bucks.

The Naga Trinity is not only the best naga yet, it delivers top value for your money—compared to other Nagas and gaming mice in general.

(I personally won’t be surprised if we see a wireless version, possibly with wireless charging, at some point in the future…)