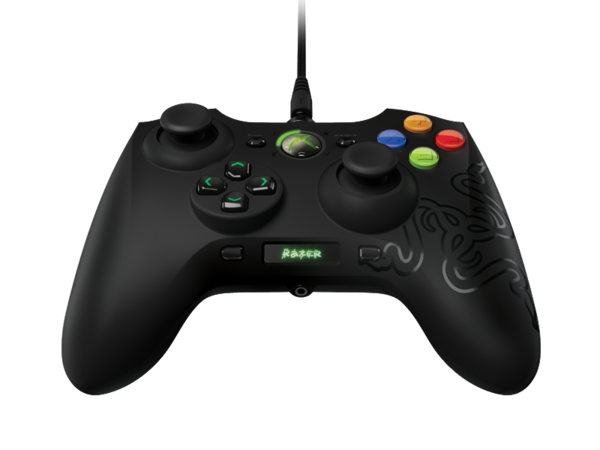 Meow and again even PC gamers need a good gamepad to stand in for PC games where the mouse and keyboard aren’t optimal weapons of choice. And meow, you’d be hard-pressed to find a better one than the Razer Sabertooth Elite.

Remember your thumbs?
As a PC gamer my gamepad skills have largely shriveled to the consistency of dried silly string—a handicap that plagues me every year at E3, where most multiplatform games are shown on consoles.

Regardless, the mouse and keyboard aren’t always the best tools some games, particularly fighting games (though relatively rare on PC), racing games, and some 3rd-person action games—although the latter genre depends on whether or not PC controls are properly implemented and not just lazily ported from the console version of the game.

Here kitty kitty
Razer’s Sabertooth is essentially an improved version of the Razer Onza, It provides all the standard gamepad functions in the standard Xbox gamepad form factor, but a few extra bells and whistles. At heart it’s still a console controller, but console and PC gamers alike will appreciate its added features.

The Razer Sabertooth is a perfect companion to your gaming PC for those times when a mouse and keyboard aren’t the best weapons of choice..
Photo credit:
Razer

More than the basics
Typical for Razer products, the Sabertooth isn’t content to offer “just the basics”, and it boasts a number of enhancements—starting with 6 extra programmable buttons: 2 additional front bumpers, and 2 removable, multi-function triggers underneath the controller. Each trigger can be pressed forward or backward and have different actions assigned to each direction, hence each one is effectively two buttons.

The trigger buttons are placed within easy reach of your third finger, which rests naturally under them. And if you don’t like them, you can remove them with a small tool included with the Sabertooth.

Programmable. Sort of.
The Sabertooth’s extra buttons are programmable to a limited degree (at least by PC standards). Using the OLED display on the Sabertooth you can map standard button functions (X, Y, A, B, and the front bumpers) as well as either thumbstick press or a D-pad directional arrow to the Sabertooth’s extra buttons. This doesn’t move the function of the standard button, but it does enable you to have multiple ways of triggering the same function. The X-button, for example, could also be assigned to the extra left front bumper and the forward press of the left-trigger if you were so inclined.

Programming the Sabertooth is easy thanks to its small built-in OLED display. Press the Program button next to the display, press the button to which you want to assign a function (such as a trigger button), and then press the button you are assigning to it (such as the X-button).

The OLED display (in conjunction with the D-pad) also enables you to adjust the rumble and turn on/off the LED back lighting for the X,Y, A, and B buttons as well.

In addition, you can also store two different controller profiles on the Sabertooth, and switch between them by simply pressing the Profile button to the left of the OLED display.

I don’t think that word means what you think it means
Unfortunately—from the PC gamer perspective anyway—the Sabertooth does not support Razer’s Synapse 2.0 software, nor does it let you do things like program and assign really rude, 27-keystroke macros. So by our definitions it’s not truly ‘programmable’ in the same way our gaming keyboards and gaming mice are programmable.

Granted, it might be considered heresy to cross-pollinate keyboard functions with gamepad controls, but I’d love the ability to create ridiculous keyboard (or gamepad button) macros to string together combos and the like. Some would call this a feature, others might call it cheating. I call it…strategy. Yeah, let’s stick with that.

Take it with you
For the traveling gamer the Sabertooth includes a nice and sturdy travel case, perfect for protecting the Sabertooth inside your luggage from the ham-fisted rabid Neanderthals hired by air travel companies to abuse your luggage. The carrying case is also reasonably space-efficient for a backpack or carry-on bag, but ultimately best-suited to checked baggage.

Get a grip
Despite all its technical innovations however, my favorite feature of the Sabertooth is something very minor: the small green rubber thumbstick caps included with it. The caps fit over the thumbsticks and provide a nice, secure slip-proof grip. I like the same feature when applied to gaming mice in the form of textured rubber side grips (such as those on the Razer Taipan gaming mouse)—they stay cool, never seem to get sticky, and provide the best possible grip.

Performance
I dusted off Bizarre Creations “adult cart racer” Blur for most of my time with the Sabertooth, and (not surprisingly) the Sabertooth performed flawlessly—my crapass gamepad skills notwithstanding.

I programmed extra bumpers and triggers to copy various buttons to see which worked best for me. This was mainly to give myself a larger margin of error when my fingers and hands fumbled around the controller looking for the right button, much like panicked horses on a civil war battlefield (if they had thumbs instead of hooves and needed to press buttons.) Surely I could hit the right damn button because I had so many of the right button now it was nigh impossible to miss.

Well, maybe not impossible. But I did quickly appreciate the Sabertooth’s flexibility, which gives you plenty of options for customizing the controller to suit your play style and put features within easier reach. (D-pad functions especially can potentially benefit from being assigned to the extra bumpers or trigger buttons.)

Overall
Virtually everything the Sabertooth does it does well, adding to the capabilities of a standard gamepad without getting in the way of the gamepad’s standard functionality. It’s a virtually perfect game controller for PC gamers for about $80. The carrying case is probably more than you need if you don’t plan to travel with it. Meow go out and get one.

Suggested by the author (links to my Examiner.com column):